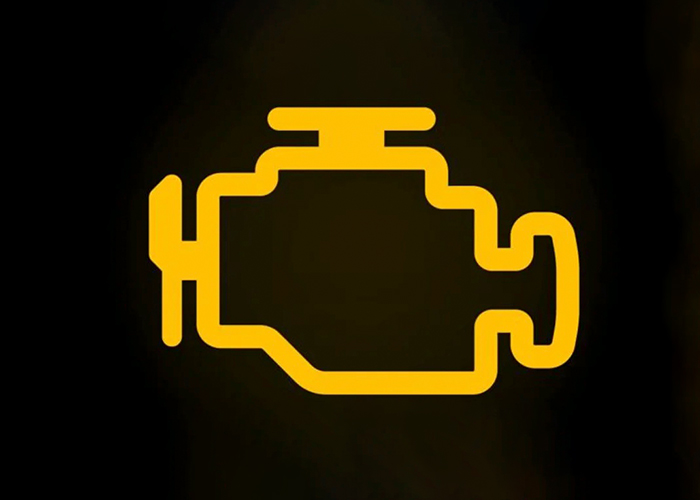 Has your amber engine warning light blinked into life on your dashboard? Don’t worry, there’s no need to panic!

You might be familiar with the sinking feeling that comes when the dreaded engine warning light flashes up. It’s usually an amber light that’s located in or around the instruments behind the steering wheel, and appears when the car’s electronics – sensors, to be more precise – detect a problem with your engine or another part of the running gear.

In most cars, a dashboard warning light is usually the first indication that something may be wrong under the bonnet. The warning is designed to alert you to a potential issue with your car as early as possible to prevent further damage to the engine or other related parts. The amber engine warning light is the most common of these warnings and is sometimes also referred to as the ‘check engine’ light.

What is an engine management warning light?

A flashing or continuous warning light can show if the engine isn’t running correctly. An EML – usually presented to depict a stylised engine block, but sometimes taking the form of a ‘check engine’ message – will illuminate as a prompt to seek further assistance. In the majority of cases, the car will need to be connected to diagnostic equipment to determine exactly where the fault lies. This can be done at any good service centre or at the roadside if your breakdown assistance provider has one.

In many cases, the light operates on a colour-coded basis. An amber EML doesn’t necessarily point to an unfolding emergency – you should be able to continue on your way and seek advice on reaching your destination. A red light, though, suggests that you should pull over where it’s safe to do so and arrange for your car to be recovered to a garage. Driving further with a red light could potentially cause expensive damage. Engine warning light MOT issues can stem from faults in the emissions control system, so it’s worth seeking assistance sooner rather than later.

Will my car pass its MOT with an engine warning light?

In 2018, stricter MOT rules were introduced meaning that any car undergoing an MOT test with an illuminated engine management light (whether it’s a red or amber warning) would automatically fail.

Prior to taking your car for an MOT test, it’s worth checking that all warning lights go out when you start the engine; it’s normal for the engine management light to illuminate with the ignition prior to starting, but it should always go out once the car is running.

How to reset engine management light

While the documentation for some older cars provided instructions on how to check and reset engine warning lights, it’s not usually possible now cars have grown more sophisticated; these days, you’ll usually need to take the car to a repair specialist who can diagnose the issue and reset the light.

You can purchase your own vehicle diagnostic readers, with prices varying depending on brand and capability. It’s well worth paying for accurate diagnosis, though, as you may be neglecting a vital issue which requires a full and effective repair.

The list of possible triggers for an EML is a long one, but here are five of the most frequent causes:

Reducing engine exhaust emissions is one of the most demanding tasks a manufacturer faces when designing a new car. Nobody wants to pollute the environment excessively, but equally nobody wants a car that’s horribly stifled and can’t be driven in a normal fashion. To ensure cars are still enjoyable to drive, while preventing or reducing the emission of noxious gases, manufacturers employ a variety of control systems to manage what comes out of the exhaust.

One key component is the oxygen sensor, with many cars having more than one. This measures the amount of unburnt oxygen passing through the exhaust of the car, which can indicate whether the engine is burning too much or too little fuel. If too little oxygen leaves the exhaust, the engine will be running ‘rich’ – taking too much fuel and not enough air into its cylinders.

An EML triggered by the oxygen sensor can mean the car is running too rich or too lean, or can be caused by a fault with the sensor itself. To put this fault right may involve the reprogramming or recalibration of the engine control unit (ECU) or, sometimes, the replacement of the oxygen sensor.

It is worth noting that in a few years’ time, cars that do not pass a low-emissions test may instantly fail their MOT. The new Euro 7 emissions standard is due to bring in rules that subject cars to regular emissions screening, deeming those that fail to filter out a sufficient amount of harmful gases as unroadworthy.

Some diesel-powered cars have a specific warning light for their diesel particulate filter (DPF), whereas others don’t and rely on the EML providing a warning instead.

The latter is sometimes also illuminated if the car detects a fault with the differential pressure sensor, which determines how effectively the DPF is performing.

MOT – Everything You Need To Know